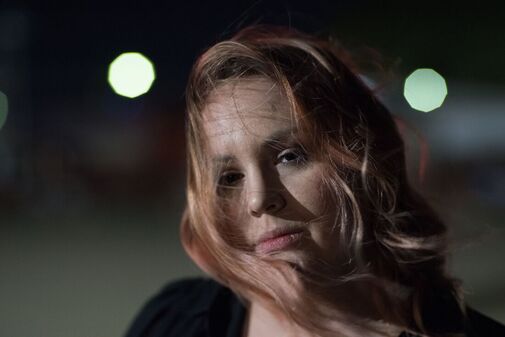 Did someone say album of the year? You bet your f@#ing life it is!

Get ready for album number 3 from Golden guitar nominee, Katie Brianna – This Way or Some Other.
​

The album was produced by Katie’s label mate, Adam Young, who played in 90’s acts the Daisygrinders and Big Heavy Stuff and has assembled a band featuring himself, along with members of fellow alternative rock legends the Cruel Sea, the Clouds and Front End Loader. Some might say that this line-up is “Sound as Ever” but don’t let that draw the attention away from our leading lady (FYI, members of country rockers the Flood, the Re-Mains, Not Good With Horses and Spurs For Jesus also make an appearance, as does Caitlin Harnett).


Brianna has released two previous albums that ticked all the boxes of great Australian alternative country albums. This time around, the idea was to break the shackles of any genres or preconceived ideas of what people expect to hear from her. This Way or Some Other was recorded mostly live in the studio with minimal rehearsal so that the songs would remain fresh. The result is one of complete purity that not only showcases Katie’s astonishing voice but also her gift for songwriting and the written word.

Take a listen to Wedding Ring, the latest single from the album – we mean really listen – and you’ll truly understand what we mean.

According to Katie, “when it came time to make this album, I was old enough, tired, rejected and weathered enough that I felt like I could just do whatever the f@#k I wanted. We went in with the aim of keeping it raw. My vocals on this album are not perfect, they’re not tuned. I let myself feel them without worrying about the flaws or having to dial back my character. The songs are very personal, often about myself, sometimes about people close to me.

What makes this album different is that I think it’s the beginning of me realising I don’t really care or that I don’t have to care so much about what I think others might expect from me. I love all (almost) genres of music and the things that I listen to would probably surprise most people who know me from the country industry, even those from the Americana/alt-country world.

It wasn’t really my idea to make this record with Adam, but I’m glad I did. We’ve collaborated on record before, so I knew if there were going to be any differences of opinion, I was comfortable enough to argue my point. That wasn’t often the case though. Same page, and all that shit. I’m getting more and more excited every day to now release and share these songs.”

Wedding Ring single out February 19/ This Way or Some Other album out March 26 on Stanley Records.